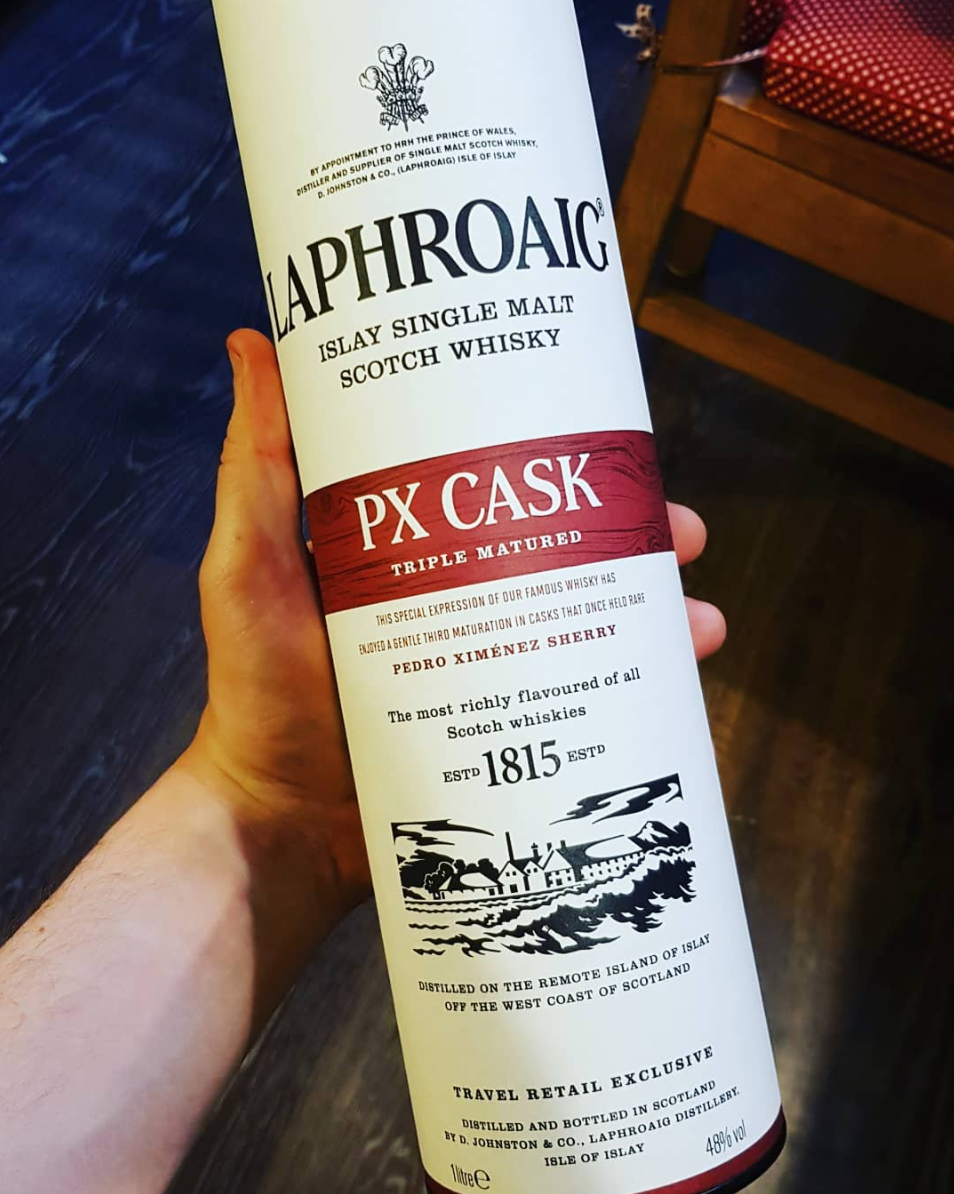 Laphroaig distillery is an Islay single malt Scotch whisky distillery. It is named for the area of land at the head of Loch Laphroaig on the south coast of the Isle of Islay. The Laphroaig PX Cask is made with whisky matured in three types of cask – American oak casks, Quarter casks and the titular Pedro Ximénez casks. Pedro Ximénez (also known as PX and many other variations) is the name of a white Spanish wine grape variety grown in several Spanish wine regions but most notably in the Denominación de Origen (DO) of Montilla-Moriles. Laphroaig is usually very peaty and smoky in nature, but the finish in both American Oak Casks and PX casks give the dram a new depth and much more complexity in the flavour profile.

The Laphroaig PX Cask is a travel retail exclusive in the region of around €110. That’s not cheap for what is essentially a No Age Statement release with a sherry cask finish. The process according to Laphroaig themselves is a triple cask approach. Starting life in ex-bourbon barrels (duration not specified), then moving into the Quarter casks (duration not specified) before finally ending up in Pedro Ximénez sherry oak casks; again duration not specified. The whisky information is all a little shallow – ultimately replicating the drinking experience itself. It can be summarised as utilising the wood to cover over the limitations in what is essentially a young spirit.

Taste: Sharp caramel, sweet oak spices and cashew butter. Lot’s of depth of flavours. Also has campfire coals, sea spray and tobacco. A drop of water opens up even more of the profile.

Finish: Sherry cask finishing really shines about mid sip as everything just mellows and turns sweet on you.  Some spiciness through a lingering finish. A tiny bit of sweetness at the very end.