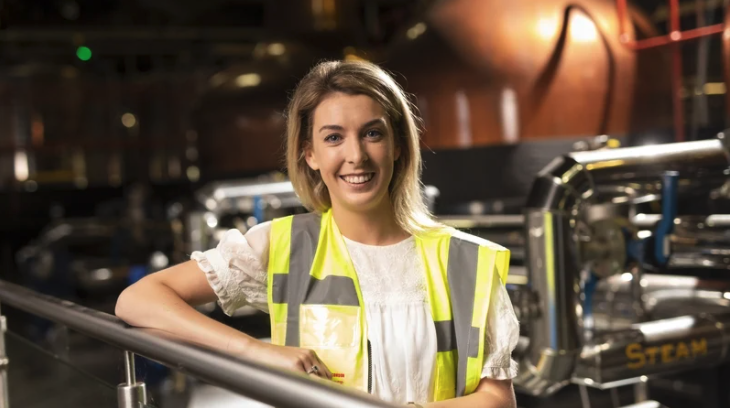 Irish Distillers is one of the country's leading suppliers of spirits and wines, and produces some of the world's most well-known and successful Irish whiskeys, including Jameson. Its brands are exported to more than 130 markets. Jameson is the world's bestselling Irish whiskey and has seen 30 years of consecutive growth. It reached sales of 8 million cases in 2019.

Katherine will be responsible for the production process from brewing to distillation. The role will include the tasting of all distillates daily, ensuring the quality of all new pot and grain distillates produced at the Midleton Distillery. Quality assurance guaranteed by getting the correct balance of flavours before the liquid is matured in barrels and bottled.

Katherine joined Irish Distillers as a chemical engineer in 2014, as part of the Graduate Distiller Programme. Katherine completed the course and was then appointed Distiller at the Micro Distillery in Midleton, where the Irish Distillers have set up a separate branch for their distillers to experiment and innovate with new mash bills, casks, maturation processes, etc. From there she moved to the main distillery as a process technologist and, most recently, production supervisor. During her time with Irish Distillers, Katherine has played a vital role in the production of many new innovations, including the very successful Method and Madness range.

Kevin O’Gorman, Master Distiller at Midleton Distillery, added: “Katherine has consistently demonstrated a passion and exceptional skillset for the art of distillation. Her inquisitive nature and constant pursuit of excellence has made her one of the rising stars of world distilling and we are delighted to announce her appointment as Distiller at Midleton Distillery. I look forward to continuing to with work with her as she joins a lineage of the great Distillers who have gone before her.” 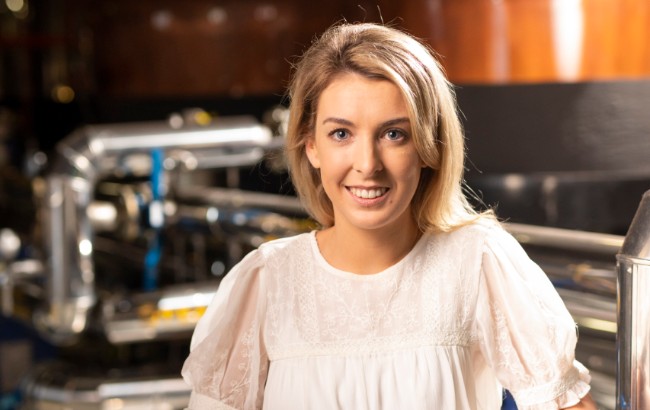 Katherine Condon, Distiller at Irish Distillers, said: “I am honoured to be appointed as Distiller. This role represents a time-honoured craft and it has been a privilege to learn about the art and science of distilling from icons of world whiskey like Brian Nation and Kevin O’Gorman. I look forward to using the wisdom and experience I have inherited to continue their legacy of quality, while driving innovation as I continue my career in Midleton. I am incredibly excited about the future of Irish whiskey and role I can play in it.”