The Irishman whiskey was established by husband and wife, Bernard and Rosemary Walsh, and Walsh Whiskey is one of the leading Irish whiskey companies driving the Irish whiskey renaissance. They offer exclusive premium and super-premium, triple-distilled, craft Irish whiskeys, brands such as Writers’ Tears and The Irishman, which are both critically acclaimed and internationally adored. Their philosophy is in the Walsh family motto which is ‘Never Say Die’, and that resilience approach, along with their passion, innovation and attention-to-detail drives their family’s dream to create a legacy of whiskey excellence.

The Irishman range of super-premium whiskeys produced by Walsh Whiskey (since the acquisition by Amber Beverage Group) has undergone an extensive rebranding to reflect its dedication to the pursuit of excellence in Single Malt whiskeys. The rebranding has cost in the range of €500,000, which sees changes to The Irishman’s bottle, labelling and packaging across the Irishman range, and follows a strategic review which commenced in April 2020. Walsh Whiskey was assisted in the review by Bord Bia’s (The Irish Food Board) specialist Insight Centre - The Thinking House.

The €500,000 invested by Walsh whiskey goes towards the research efforts as well as the commissioning of a new bottle design, brand redesign, packaging production and a range of marketing initiatives. The Irish whiskey brand has set some ambitious targets of doubling sales across the 50+ markets within the next five years. 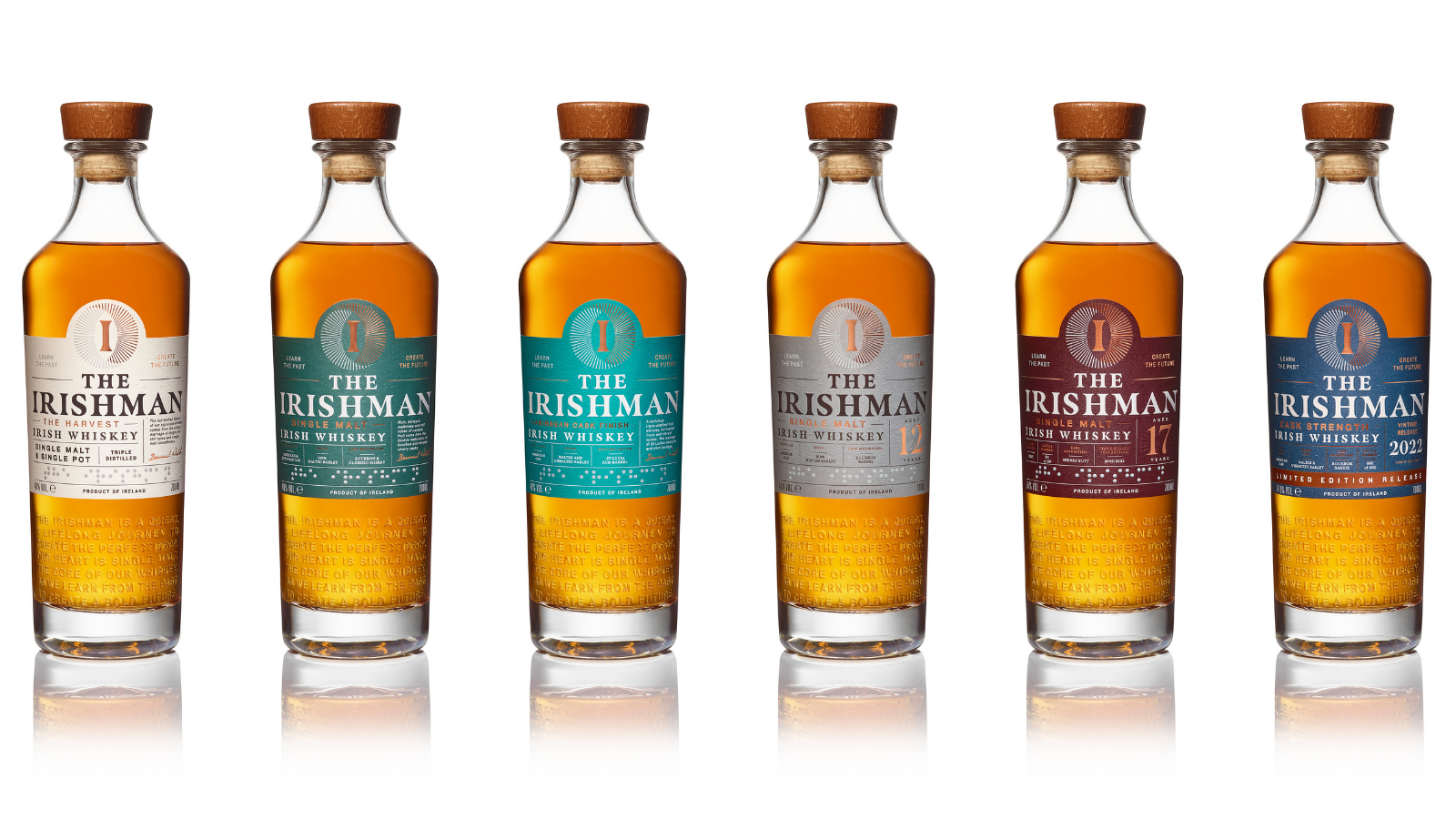 Announcing the renewed focus on single malt and the brand redesign, Walsh Whiskey founder Bernard Walsh said: “As the Irish whiskey category continues to develop with increasing variety, it is important that we are clear in our proposition to whiskey consumers. Our message is simple: The Irishman will always be single malt focused – whether championed in pure expressions or blends – and that it will always be triple distilled to leave a lasting impression.”

He added: “We respect and honour Ireland’s great distilling heritage, while also exploring exciting new innovations through the use of rare and unusual woods and finishes, as well as cereal varieties, to influence the single malt spirit. To date, this has seen us work with Florio Marsala, Oloroso Sherry, Caribbean Rum and Irish Peated Red Ale. In the generational pursuit of whiskey excellence, our quest for the perfect dram, or taoscán [tay-scawn] of single malt, is just beginning.”

Besides the new longer tapered shape and design of the bottle, another major introduction is the introduction of a cork. A cork has always been an expression of being a premium whiskey. A new feature on the bottle is also a series of phrases around the lower part of the bottle. There are some other unique features with this rebrand, the addition of braille for the visually impaired, which I believe is a first for Irish whiskey? Nutritional and calorific information on e-labels is positioned on the back of the bottle and online. The braille has more significance as it is a personal tribute by Bernard Walsh to the memory of his own grandfather, Jack Walsh, whose loss of vision made a lasting impression on his grandson.

E-labelling, for those that don't know, is part of an EU initiative to ensure that consumers have access to more information about their food and drink products. The e-label is both an on-the-bottle and online feature (QR code), containing information about the whiskey’s nutritional and calorific features. Walsh Whiskey is an early adopter of e-labels having participated in a pilot study organised by spiritsEUROPE (the European representative body for spirits companies) and CEEV (the representative body for wine companies).

There are also changes to the composition of the range, with a change of name for one core expression and the addition of a limited edition to the core of the portfolio. The Irishman Founder’s Reserve blend (70% Single Malt & 30% Pot Still) has been renamed 'The Harvest'. This expression was the first-ever whiskey created by Walsh Whiskey’s Founder. The renaming of this core expression as The Harvest honours the great contribution of the farming community in the whiskey-making process. The whiskey is crafted entirely from a mash bill of 100% Irish barley.

A new colour palette of understated cream, green, grey, blue and burgundy is applied to the labels of the six core expressions of The Irishman range. Let me know your thoughts on this new rebrand.