Many people have stated we are in the revival, the renaissance, the resurgence, or the resurrection of the whiskey era. However, I feel that is an understatement! Hotels, bars, and home bars are full to the brim with bottles from around the world, from Kentucky to Japan, from Taiwan to New York, and of course, from Islay to Ireland. The choice we have as a consumer is phenomenal, however, that's just looking at bottles that are found in off-licenses and online. If you look beyond the consuming and take a peek into investing, this is where it all gets very interesting.

For the average person, it's eye-watering when you see six figures being paid for a single bottle, with some collections valued at millions. However, this doesn't mean that if you can't fork out €150,000 for a bottle of rare whiskey, you can't invest for a piece of the pie.

Through university, I would look at a bottle of whiskey at €70 and savor it over the year, a sip for every large milestone or result in life. The first time I knew I had something special within my grasp was the Yamazaki 18 Year Single Malt. Not everyone is fortunate enough to get the opportunity to taste some of the best whiskeys in the world, I've sometimes just been in the right place at the right time, and if you can get paid for it, is it the best job in the world?

Little did I know that when I picked up the Yamazaki 18 for €100, that 1 year later I would be offered €1,500 for it. As tempting as it was to take the cash and run, something was holding me back, this offer wasn't to buy it and open it, they knew something I didn't. When this happened again with another bottle, my mind began to wonder, how much is all this whiskey really worth?

I began to research whiskey, by first how it was made, varieties, etc. but then, what makes a whiskey rare or expensive. The 2nd-hand market for whiskey is huge. People with expendable cash want to try whiskeys that they don't have access to. This has opened the opportunity for whiskey brands to not only make high-quality whiskey for the masses but also the niche market of rare or limited edition whiskeys, getting to taste a once-in-a-lifetime moment of history. How can you put a price on that?

But how do I know what to invest in? I'll give you my guide to investing in whiskey. Personally, I feel Scotchis nearly at its peak but there is still room to grow, especially for the US market, with more expendable income, older top-shelf whiskeys will only increase in value. In the last 2 years, there has been fear of Bourbon shortages causing stockpiling and queues outside liquor stores to grab their hands on the limited allocations. Bourbon is booming, but with a great smile, so is Irish whiskey!

We have the Japanese distillers to thank for starting the trend of what we would see collectible whiskeys, for example, in 2005, the Yamazaki 50 was released at €4,500, it now sells for an average of... wait for it... €300,000! Yes, you read that right. There are a number of reasons for this, primarily because Yamazaki is creating top-quality whiskeys, and thee awards started to fly in. Awards were usually reserved for Scotch whiskey, but now who are these new players on the scene.

It was a wake-up call for the Scotch whiskey industry, but the Scottish distilleries have been doing this for longer, so deep in the vaults (warehouses), they had some old casks waiting in hibernation. When a bottle of 1926 Macallan goes into auction and sells for a whopping €1,800,000 approx., you have to wonder, is there an end to this madness?
There are countless distilleries quietly working away on their liquid gold, and simply not charging what they could for it. This has also helped to fuel the 2nd hand market, giving access to what are known as 'flippers', buying bottles at retail to only flip them for 5-10x the retail price straight after, just take a look at closer to home with the Redbreast Dreamcasks.
There's no time like the present to get into whiskey collecting for investment purposes, especially with Crypto, the stock market and commodities being so volatile. We are also spoilt for choice with so many fantastic producers out there, I'll probably be saying the same thing every 5-10 years. It's also because people know a poor whiskey and producers are found out very quickly if they don't produce quality whiskey.
Consistency is now the key, brands have to be consistent in creating quality whiskey, which makes things harder for the new producers. You can't rely on the past as an indicator, it's about now and the future. If you can't find an old Macallan, a Pappy Van Winkle, or a Midleton, don't panic, there are plenty of fine whiskey producers you can get collecting. Check out Dingle, Killowen, Athru... to name a few. 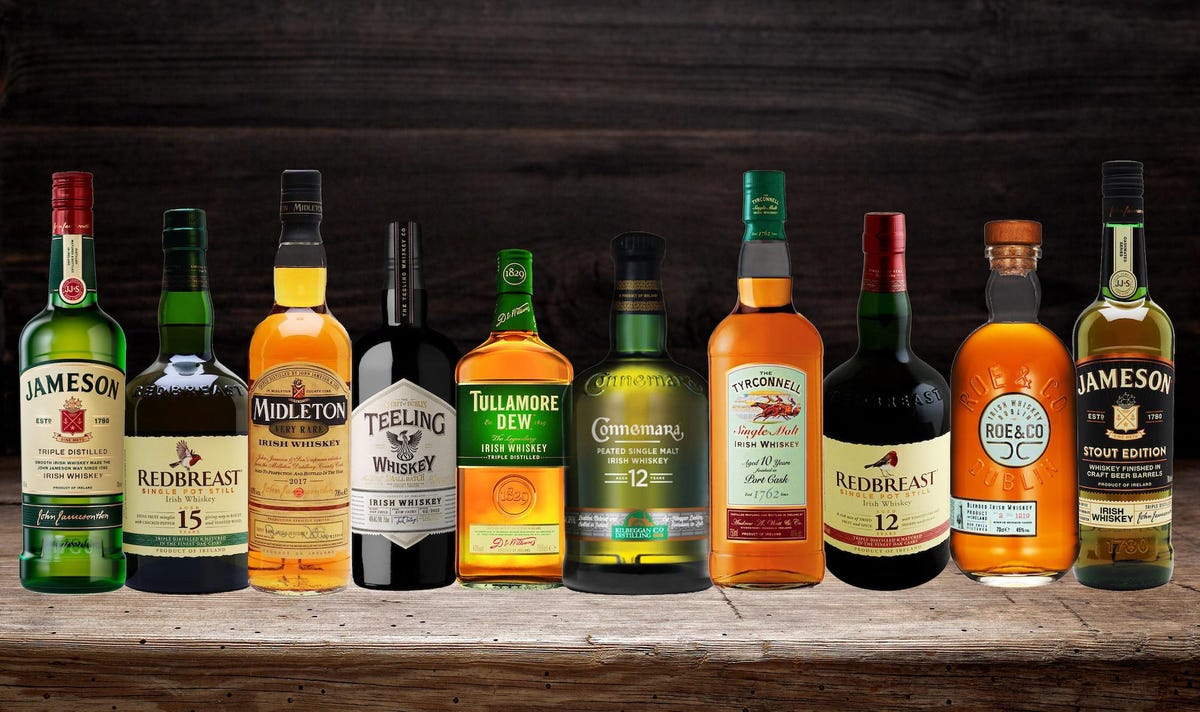 Now, let's talk about the Irish.
Irish whiskey is the fastest-growing import than anything else in the US market. There are a few reasons for this, as I stated above, we are in the revival, the renaissance, the resurgence, or the resurrection of the Irish whiskey era. Personally, I feel the flavour profile of Irish whiskey is more palatable for the world markets. Triple distilled whiskey allows for more flavour and less harshness of phenols.

Everything from Midleton is pure quality, except for one brand, in my opinion. Anything with a Redbreast label on it is pure quality, I highly recommend picking up any of their bottles. But something I've always stated is, older whiskey or more expensive whiskey, might not always be to your unique palate, price isn't everything.

People who have followed me through the years will know that I'm a huge fan of Teeling whiskey. Teeling is the most experimental whiskey producer in Ireland, meaning you will only get once-in-a-lifetime bottles from them in a limited amount. Tasting a moment in history, fantastic. There's a reason they are winning so many world's best single malt whiskey awards, as well as multiple category winners.

Whiskey is currently at a high price point and with poor climates, a pandemic, war, and global shortages, whiskey prices will most likely rise. Therefore, if you are looking to get into investing, as with anything, buyers beware and do your own research. Read as much content as you can, but also make sure it's coming from a credible source. Look to industry experts, the producers themselves, or what's easy to do at home, just Google it.

I have a few tips for getting started.

Should I invest in a Cask of Whiskey?

Buyers beware, you aren't going to get rich by buying 1 cask. I've spoken to numerous people on this, yes you can avail of buy-back schemes with distilleries, but you are putting up a large upfront cost where you could have made more interest on that cash in stocks, crypto, or commodities. Also, with so many companies offering 'Wealth through Whiskey' be careful of scammers and companies offering casks yet they don't actually purchase the cask under a bonded warehouse.

If you want to invest in casks, bulk buy, or buy a variety of casks with options to sell them to whiskey companies and distilleries in the future, just make sure they are from reputable sources, do your research. I see buying a cask as an exciting project to do with fellow whiskey friends, or as a special occasion treat such as a wedding, retirement bottles, gifts for clients, etc. Being part of a moment in time and seeing how the whiskey matures.

I'm always happy to discuss whiskey from all angles, so if you've enjoyed this article, let me know, or if you've any questions, please feel free to reach out to me! - Email - craig@thepotstill.irish