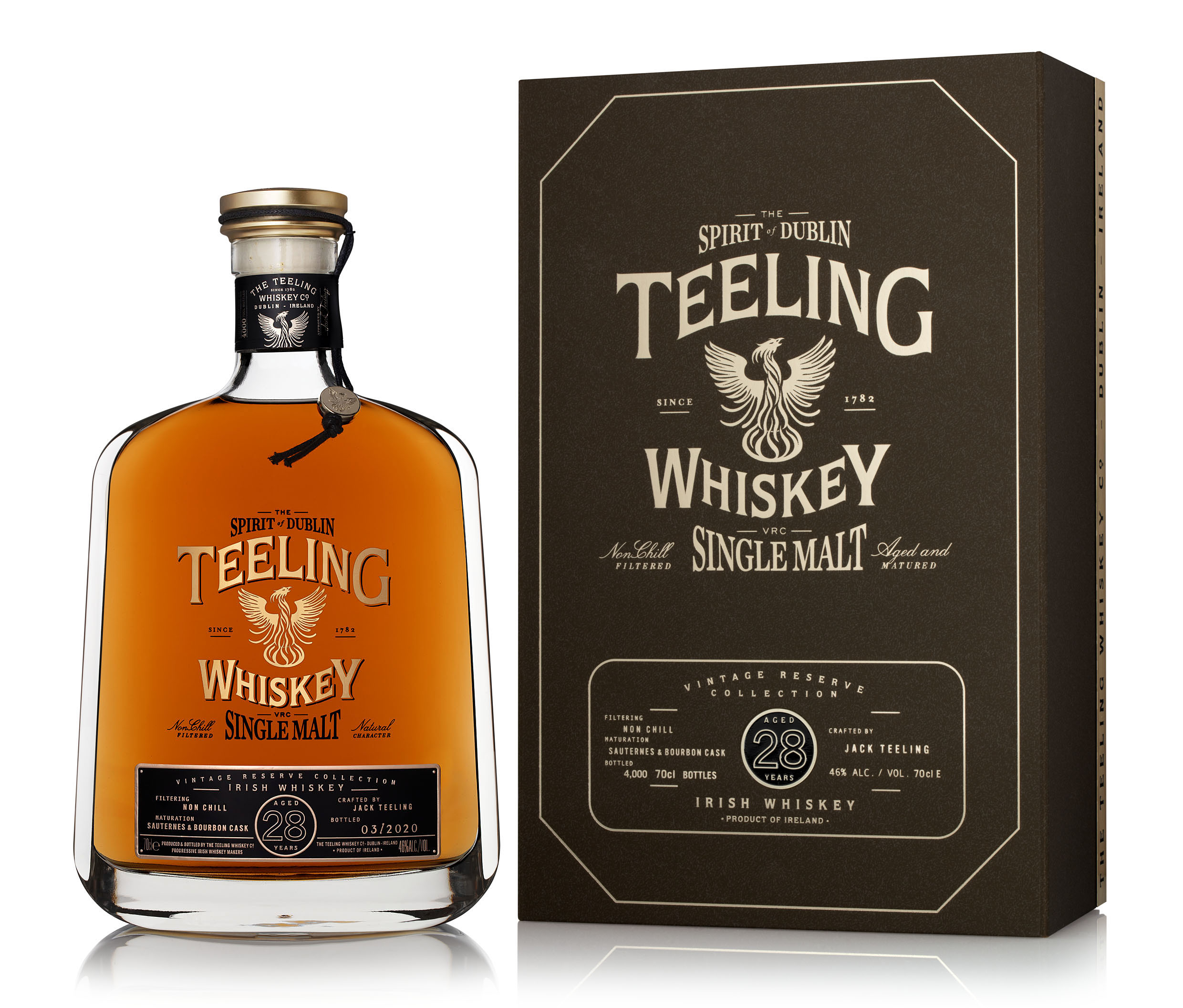 The 28 Year old follows the release of the Renaissance launch of a single malt that has been matured for 18 years in ex-Bourbon casks before being finished in Madeira casks.

Stephen Teeling, co-owner and marketing director at Teeling Whiskey, said: “The new range marks five years down the line. Five years ago we were at a stage where it was the revival of Irish whiskey and now we’re at a stage of the renaissance.”

Furthermore, Teeling said it has had “so much success”with its 24-year-old single malt, which was awarded ‘World’s Best Single Malt’ at the World Whiskies Awards earlier this year, that it is planning to launch a 28-year-old iteration of the same liquid in 2020. 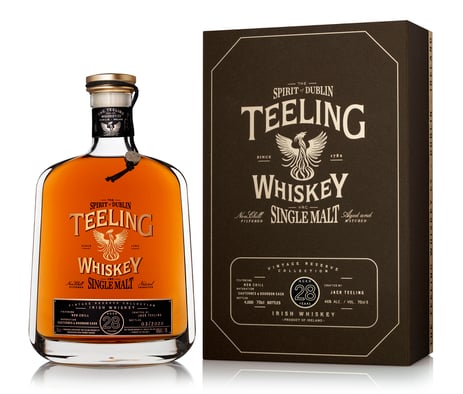 The whiskey has been matured in a mix of ex-Bourbon and Sauternes casks.

This is a very limited release of vintage single malt whiskey, celebrating the very best that Teeling has to offer. Initially aged in Ex- Bourbon casks and finished in Sauternes, this special whiskey is limited to just 4,000 bottles.

Finish: Long and mellow with a continuation of sweet spice.