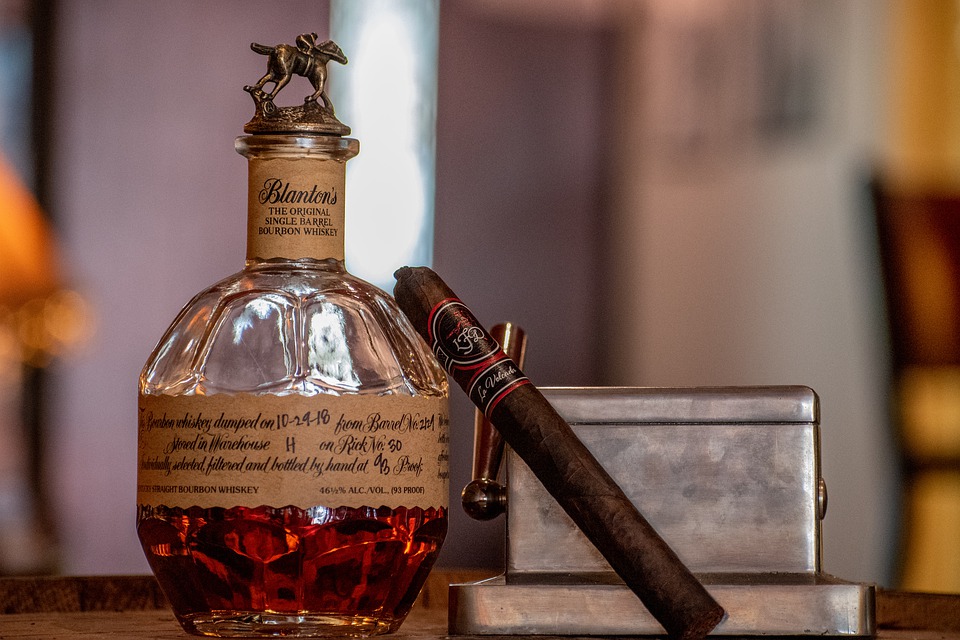 Blanton’s Single Barrel Bourbon Whiskey is distilled by Buffalo Trace in Frankfort, Kentucky, which is famously made from about the same contents of its Mash Bills #1 and #2, for more see Eagle Rare 10. We do know that Blanton’s is distilled from Mash Bill #2, a “high-rye” mash bill, which means after the higher proportion of the corn (common in Buffalo Trace bourbons), the rest of the mash bill is made up of rye. Compared to wheated whiskeys which tend to be softer, a kick of rye in a mash bill tends to produce a bit more in the way of fruit and spice, which can play nicely with caramel and char. Though it’s worth noting that the final flavor profile varies from barrel to barrel, which is kind of the idea behind 'Single Barrel'.

Albert Bacon Blanton was born in the winter of 1881, to one of the first families of bourbon history. When he became sixteen, he started work in the Distillery and worked up through the ranks to become a leading pioneer in the development of bourbon. From the time he was made company president in 1921 until his retirement in 1952, his Distillery expanded from 44 to 144 buildings to become the largest Distillery of its day. During that period Colonel Blanton created his very special and limited supply of bourbon, his private reserve, handpicked and stored in what now is known as the famous Warehouse H. Although Colonel Blanton died in the spring of 1959, his legacy lives on. Introduced in 1984, Blanton’s namesake bourbon was the first ever Single Barrel Bourbon sold commercially. The Blanton's Single Barrel Bourbon is the first of its kind.

Blanton's Single Barrel Bourbon Whiskey is both refined and delicious. I found it hard to find this Bourbon in Ireland and I tended not to order it due to the bottle itself, I thought it may have been a marketing effort to make me buy it... and I should have! The bottle itself looks like it holds less than the stated 750ml. Let it be known, this stuff is no gimmick, it's the real bourbon deal. 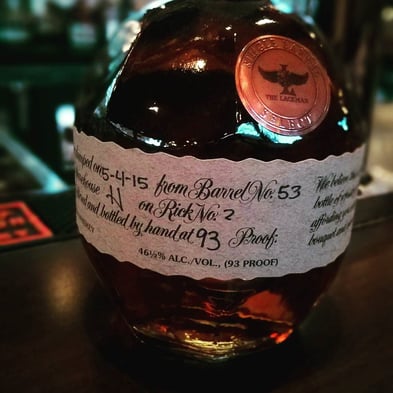 Taste: A sweet blend of raisin, caramel, and orange coat the mouth with a soft but full amount of flavor. A little spice on the back end balances the initial sweetness. A floral hint is noticeable, but not so much so that it takes away from tasting like a true “bourbon.”

Finish: As the spice on the back end of the palate fades away, burnt sugars, caramel, and vanilla take over. This is just as pleasant as the rest of the sip and lasts a little longer than most bourbons.