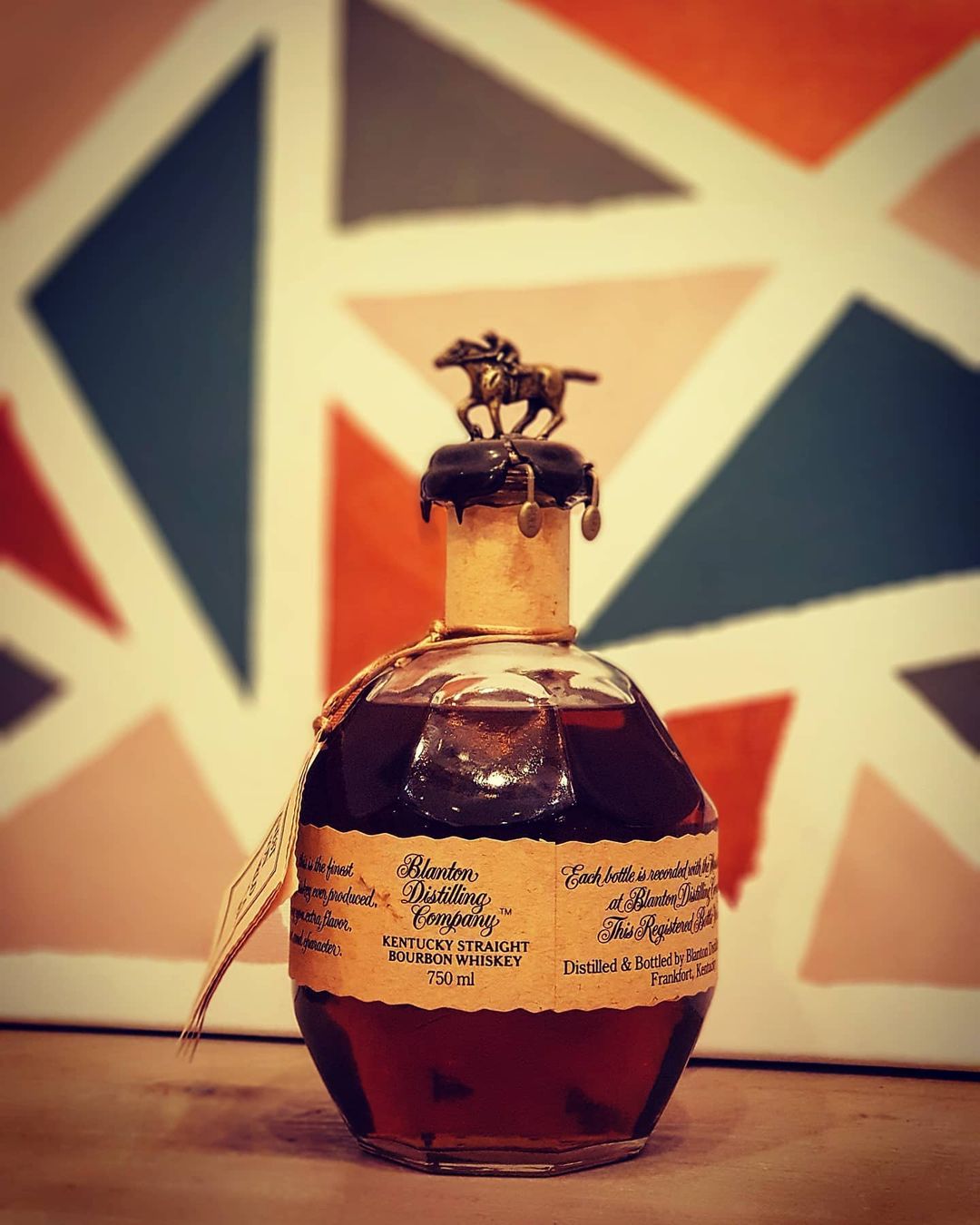 What does 'Single Barrel' mean? The statement of single barrel whiskey or single cask whiskey is a premium class definition of whiskey in which each bottle comes from an individual aging barrel. This is the opposite to be a blend of various barrels to provide uniformity of colour and taste. Even whiskeys that are not blends may be combined from more than one batch, or even from differing years to achieve consistency. The whiskey from each barrel is bottled separately, with each bottle bearing the barrel number and in most cases the dates for the beginning and end of aging. Each barrel is believed to contribute unique characteristics to the finished whiskey.

So, why do you need to know this... well, Blanton's Single Barrel Bourbon is the original single barrel bourbon and that marks a hugely significant moment in whiskey history. This variation was initially first launched back in 1984, and it represents the point at which someone realised that bourbon could just possibly, be turned around in popular esteem. Bourbon's history and single malt whiskies provided the business model for doing so.

Give credit where credit is due, and we owe this to Colonel Albert Bacon Blanton, not a military label but a personal nickname. It was Colonel Blanton who managed to somehow keep the Buffalo Trace Distillery running for 55 years through Prohibition, flood and war! Apparently he bottled the choicest barrels from Warehouse H for private distribution to friends and privileged visitors. Though he died in 1959, the tradition lives on and the Single Barrel releases are, to this day, taken from this near-sacred hot spot. His acolyte Elmer T. Lee, was responsible for the initial selections and up until his passing in 2013 was still closely involved despite his advanced years.

The bottle design itself is also quite eye-catching, but also they created something of a collector's sought after item. You can love their marketing and design team or hate them, as the ornate bottle cork stoppers feature a horse and jockey. There are 8 unique stoppers to collect, with an initial letter spelling out Blanton's and each dramatising a different moment in a horse's gallop towards winning a derby race, a regular purchase for the infamous Kentucky Derby horse races. Blanton's is highly regarded by bourbon drinkers and has collected numerous awards, and it deserves every one of them in my opinion. The claim and style of single barrel, I've now tasted 4 variations/barrels, I can't claim to be able to spot the exact differences, however, I enjoyed each immensely, however the awards and supply in outside the US have driven a premium pricing.

I wish I had the opportunity to have this readily available in Ireland and at a reasonable price, however, if one of your friends or colleagues brings this to your house, be appreciative, this is one for special occasions!

*My tasting notes are from bottle No.145

Taste: A sweet blend of raisin, caramel, and orange coat the mouth with a soft but full amount of flavor. A little spice on the back end balances the initial sweetness. A floral hint is noticeable, but not so much so that it takes away from tasting like a true “bourbon.”

Finish: As the spice on the back end of the palate fades away, burnt sugars, caramel, and vanilla take over. This is just as pleasant as the rest of the sip and lasts a little longer than most bourbons.