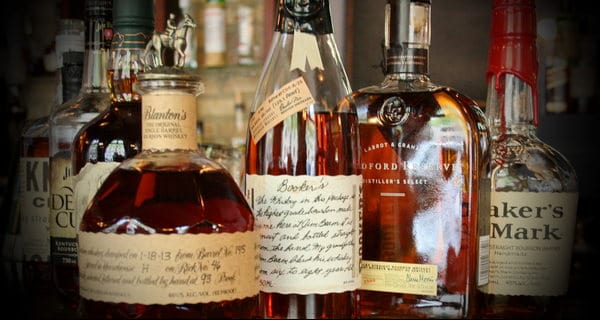 The Future of Bourbon Whiskey

Bourbon whiskey is an American-style of whiskey that has been distilled from a mash made up of at least 51% corn. Its unique flavour and smooth finish, along with its long history, have contributed to its strong presence in the American spirits industry. As the craft distilling movement continues to gain traction and consumers become more educated about their drinks, Bourbon Whiskey's importance in the future will only continue to grow. Consumers are increasingly eager to try new flavours and experiences, which means that Bourbon Whiskey producers need to stay ahead of trends and make sure they're producing quality products with innovative ageing techniques and processes. The global market for Bourbon Whiskey is expected to expand significantly over the next decade due to increased demand for premium whiskeys around the world - making it a key player in today’s dynamic spirits landscape.

The History of Bourbon Whiskey

The origin of Bourbon Whiskey dates back to the late 18th century in Kentucky, where settlers from Scotland, Ireland and Germany brought their traditional whiskey-making techniques. This style of whiskey was named after Bourbon County in Kentucky, and its popularity quickly spread throughout the United States.

Today’s modern production methods have resulted in a wide variety of Bourbon whiskies that are produced all over the world. The standards for producing quality Bourbon have also been established by organizations such as the Distilled Spirits Council of America (DISCUS). These regulations ensure that only true Bourbons meet these criteria - providing consumers with a consistent product experience every time they purchase one. 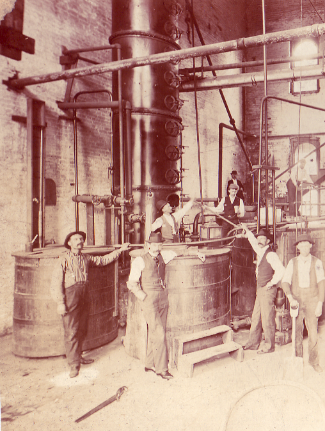 In recent years, there has been an increase in small-batch distilleries popping up across America who are producing unique and high-quality products with innovative ageing techniques and processes. This trend is allowing more craft producers to enter into this market - offering customers new flavours and experiences while still staying true to classic styles like bourbon whiskey. Additionally, some distillers are experimenting with adding different ingredients or ageing for longer periods to create even more interesting flavour profiles within their whiskeys.

As consumers become increasingly educated about spirits, it is clear that Bourbon Whiskey will remain an important part of our drinking culture for years to come – providing drinkers around the world with a diverse range of flavours, history and heritage behind each bottle they enjoy!

Sazerac is one of the most popular and renowned bourbon whiskeys in the world. This iconic whiskey traces its roots back to 1869 when entrepreneurial pharmacist, Antoine Peychaud created his signature cocktail called a Sazerac in New Orleans, Louisiana. It has since become an essential component for cocktails such as the Manhattan, Old Fashioned and Corpse Reviver No.

The brand’s distinctive flavour profile is achieved through a combination of rye whiskey from France with hints of herbal elements such as anise and liquorice root – making it a favourite among spirit connoisseurs around the world. 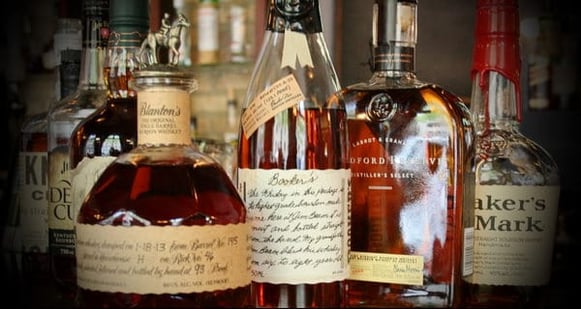 Jim Beam is another legendary American brand that produces some of the best-selling bourbons on the market today. Established by Jacob Beam in 1795, Jim Beam has been passed down through seven generations - each taking great care to ensure that their product remains consistent year after year while still innovating new techniques to improve quality control standards along the way. Their products have won numerous awards over time and are widely considered one of America's finest bourbons with notes of vanilla, oak, caramel and spice balanced across its entire portfolio – making it perfect for sipping neat or mixing into classic cocktails like Mint Juleps or Manhattans!

Buffalo Trace Distillery was founded in 1773 by Colonel Edmund Haynes Taylor Jr., who wanted to make sure he could provide Americans with high-quality bourbon whiskey during prohibition times without breaking any laws! Today Buffalo Trace continues this commitment producing critically acclaimed bottles such as their namesake Bourbon Whiskey which offers sweet aromas combined with oaky flavours - perfect for sipping neat or using as part of your favorite mixed drinks! They also produce other unique styles such as wheated bourbons where wheat replaces rye grains within their mash bill creating subtle differences between varieties while ensuring they all remain true to traditional recipes!

Updates in the Manufacturing Process

The science behind bourbon distillation is an integral part of the production process. Distilling whiskey requires a skilled hand, as the correct proportions and temperature must be obtained to produce the desired flavour profile. The first step in this complex process is mashing, which involves mixing grains with hot water to form a sugary liquid called mash. This mixture then goes through fermentation where yeast converts sugars into alcohol before being distilled twice in copper stills to create clear spirits that are later aged for several months or years in oak barrels. With advances in technology, distillers have been able to create more consistent results by automating certain parts of the process while still retaining traditional methods such as double distillation and ageing. 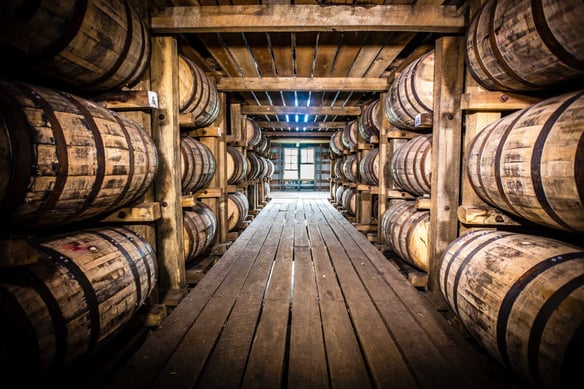 New ageing techniques have also allowed producers to experiment with different flavours and profiles within their whiskies. For example, some producers are experimenting with using new types of wood barrels such as those made from maple or acacia trees which can impart unique notes on the final product - creating something truly special for whiskey aficionados! Additionally, some producers are beginning to use other forms of flavouring such as burnt sugar or dried fruits during the ageing period – resulting in one-of-a-kind whiskeys that stand out from standard offerings on store shelves!

Finally, climate change has had an impact on Bourbon Whiskey production due to its reliance on corn crops which require adequate amounts of rainfall throughout their growing season. In areas affected by drought or extreme heat conditions it can be difficult for farmers to consistently yield high quality grain; making it harder for producers who depend on these ingredients - leading them towards exploring alternative sources like wheat instead (which requires less water). As global temperatures continue rising over time we may see even more adaptation from Bourbon Whiskey makers who need reliable access good quality raw materials!

Changes in the Consumption of Bourbon Whiskey

The rise of craft cocktails and the increasing popularity of non-alcoholic spirits have changed the way people consume Bourbon Whiskey. There has been a shift in consumer preference away from traditional whiskey and towards more inventive takes on classic cocktails such as the Manhattan or Old Fashioned, which can be made with bourbon instead of other liquors. The emergence and popularity of mocktails - alcohol-free versions of signature drinks – has also opened up a new demographic for producers to tap into who are looking for an alternative to consuming alcoholic beverages without sacrificing taste. 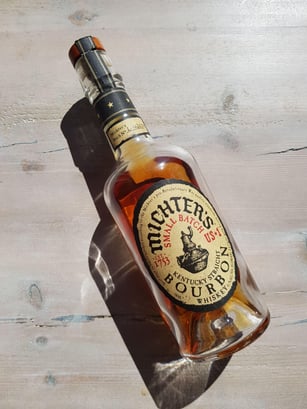 Furthermore, distilleries are experimenting with ageing their whiskeys in different types of barrels like maple or acacia to create unique flavour profiles that appeal to both cocktail connoisseurs and casual drinkers alike. Some producers are even going one step further by adding additional ingredients during the mashing process like dried fruits or burnt sugar that impart distinct notes within each sip!

As Bourbon Whiskey continues its surge in popularity, it is clear that there will be changes ahead as consumers become increasingly educated about this distinctive spirit and demand higher quality products than ever before. From small batch distilleries popping up around America offering innovative aged whiskeys to bartenders crafting complex original recipes with this timeless classic; it is clear that Bourbon Whiskey will remain an integral part of our drinking culture for years to come – providing us all with delicious flavours, history and heritage behind every bottle we enjoy!

The economic impact of bourbon production is felt around the world. The United States alone produces over 4 million barrels of bourbon annually, creating a booming industry and supporting thousands of jobs in rural areas that depend on agriculture and distillation. In addition to this, the sale of Bourbon Whiskey generates billions of dollars in revenue for local economies annually - creating an essential source of income for countless communities across America who rely heavily on these taxes. 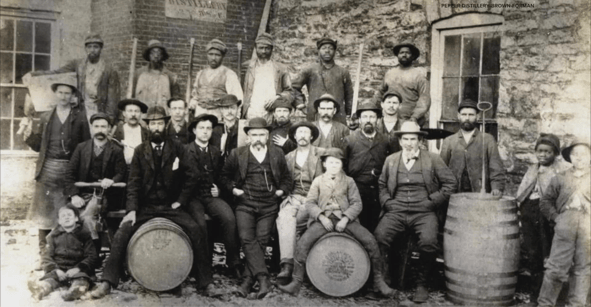 Outside the US, demand for American-made bourbons continues to grow with countries such as China experiencing a surge in popularity due to its perceived status as a premium brand. This has had positive effects on foreign markets where producers are able to take advantage by exporting their products abroad and increasing their profits significantly – making them more competitive within international markets!

The cultural and social impact of bourbon consumption should not be underestimated either; it has become an integral part of many gatherings from friendly get-togethers to formal events like weddings or birthdays. It also serves as a symbol for national pride with Americans often reaching for bottles that have been produced locally whenever possible – cementing its status as one America's favorite drinks! Additionally, many bars and restaurants use classic whiskey cocktails like Manhattans or Old Fashioneds when designing their menus leading customers towards trying new flavours without having too much pressure placed upon them! Overall it can be said that Bourbon Whiskey provides drinkers around the world with unique experiences each time they enjoy it - whether neat or mixed into signature recipes!

The future of Bourbon Whiskey is looking brighter than ever as producers continue to innovate and experiment with new ways to bring this timeless spirit into the modern age. With advances in technology, distillers are able to produce more consistent results while still maintaining traditional methods such as double distillation and ageing. In addition, creative bar tenders have been crafting original recipes for classic cocktails with bourbon instead of other liquors – creating entirely new flavour profiles that appeal to a wide variety of tastes! 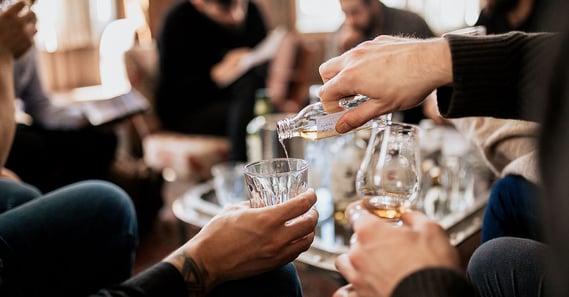 On top of all this, the economic impact that bourbon production has on local economies cannot be overstated; it supports thousands of jobs in rural areas across America and generates billions annually through taxes - providing essential income for countless communities nationwide! Furthermore, demand continues growing abroad where countries like China are experiencing a surge in popularity due its perceived status as a premium brand – allowing producers to export their products abroad and increase their profits significantly.

Finally, the cultural presence that whiskey enjoys within society should not be overlooked either; it has become an integral part of many gatherings from friendly get-togethers to formal events like weddings or birthdays while also serving as a symbol for national pride whenever Americans reach for bottles produced locally! All these factors combined make Bourbon Whiskey an unmatched drinking experience each time you enjoy it - whether neat or mixed into signature recipes!